Kit could tell that he was going to be a difficult client. After a few years in the business, you get pretty good at spotting them. Especially as a private investigator.

But he paid up front and it was a pretty straightforward case. The father was in a bitter custody battle with his former partner, and was convinced that she wasn’t treating the kids well. There was mention of rough handling, drinking, leaving them alone unsupervised. According to the father she shouldn’t be allowed to have anything to do with the kids.

But he didn’t have any evidence, despite his firm belief. And that’s why he contacted Kit. Could Kit do a few days of surveillance to prove what the father apparently already knew.

Normally Kit would stay away from a case like this. There were a couple of red flags, not least of all the client himself. But it had been a quiet couple of weeks, and this was an opportunity for some solid billable surveillance hours.

Kit took the case with a promise to the client. It was the same promise he made to every client. He will report exactly what he sees, nothing more. He can’t guarantee the results. But he can guarantee he will conduct the case professionally and diligently.

After a couple of days Kit had settled into the routine of surveillance. And what a routine it was. Mum dropping the kids at school. Mum picking them up. Mum taking them to a playdate after school, or swimming lessons, or a playground. There were even a few picnics thrown in as the days were getting warmer again.

The only real break from the routine was the client’s incessant phone calls asking for updates. “Has she done anything yet? Have you seen her drinking around them? Surely you must have seen something!”

The answer to all of these was a definite ‘no’. Kit hadn’t seen anything to support the father’s suspicions. In fact, all evidence suggested that the mother was a normal, loving mother who wanted the best for her kids.

“Well there must be something there” the father protested. “I have another hearing coming up in court and I need some ammunition.” Kit was slowly getting the picture. The father didn’t have any real evidence, just a hope that Kit would find something to help his case.

That was an easy one for Kit. He never had, and never would make up evidence. His duty was to report the facts. As a private investigator you have a duty to your clients. But above that is a duty to the truth, and nothing but the truth. And that’s what Kit reported. 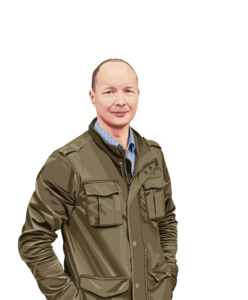